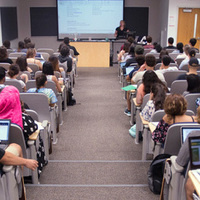 Come hear from the candidates in Northern Virginia who are running for Delegate or Senator in the VA General Assembly. This Fall's election is November 5th and you'll want to know where the candidates stand on the issues. Join us at the Loudoun campus' Waddell Theatre, itself named for former VA Assembly Member Sen. Charles Waddell, whose District includes NOVA's Loudoun campus.

Free and Open to the Public

This event content is powered by the Localist Community Event Platform.